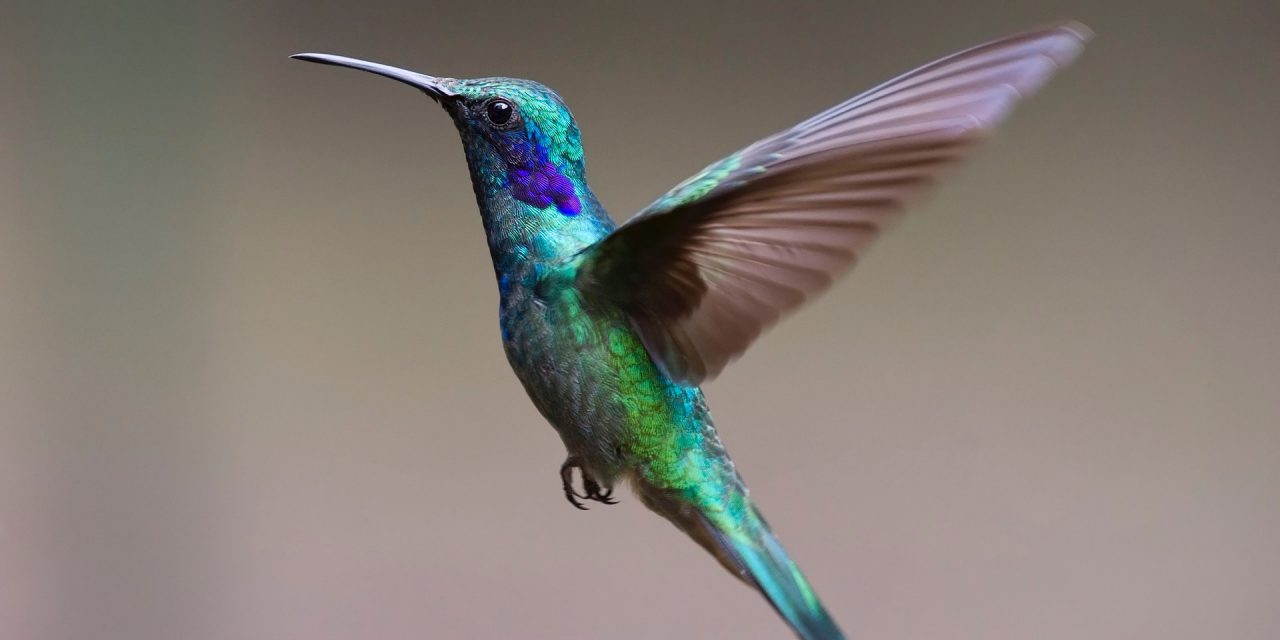 Emphasize These Points When Pitching Against Your Largest Competitor

When talking to MSPs about their growth-inhibitors, it is very common for them to name at least one or two local competitors that are larger in size and take up significant market-share in their service area. Some MSPs are even feeling the pressures of national or global organizations that have joined the party and have now began offering some form of Managed Services.

While these large organizations might appear more “professional” and attractive to customers, things are not always as they may seem. There are many advantages to working with a smaller MSP and using these as selling points can be beneficial when you find yourself as the underdog in a head-to-head match-up. Many of these advantages are caused by immaturity within the business, but this can still be painted in a positive light to appear more favorable to prospects. Here are a few examples of such characteristics how owning them can help you win deals:

Large organizations often have a more bureaucratic structure. While this focus on procedure may make things run smoothly, it does not necessarily make them run faster. Having multiple levels of management and various stages of approval can make getting things done difficult. This not only effects the internal operations of a large Managed Services company, but it also has an impact on the customers that these companies service everyday.

On the other hand, a smaller MSP will have far fewer hurdles to leap over and hoops to jump through, allowing them to accomplish the same result often at a faster pace. This was one of the strongest characteristics of our company in the earlier stages of growth and it was the way that we were able to demonstrate incredible value to our largest customers. Even those with internal IT departments would prefer to give projects to us because they knew that we could work faster and more efficiently.

With speed also comes flexibility. Think about this in terms of stopping distance and the ability to change direction. An eighteen-wheel semi moving at the same speed as a sedan will require significantly more time to stop. This is because the sedan is the lighter and more nimble of the two. These characteristics are also important when pivoting your business or tweaking your operating procedures to accommodate the needs of a customer.

This is an area that many larger MSPs will struggle with. Many of them will have very structured service offerings with little flexibility to their customers. This “take it or leave it” approach works great if you are a mature MSP and are trying to streamline your business, but it does become a weakness at times when a prospect has needs that they feel will not be accommodated by the proposed packaging. This is when a smaller MSP can offer full customization of a package that fits the exact needs of the prospect.

READY TO SELL MORE IT CONTRACTS? GET THE COMPLETE STRATEGY YOU NEED TO MAKE IT HAPPEN.

Buy The Book on Amazon

Similar to the flexibility of the service offering, smaller MSPs are sometimes able to undercut prices in a way that larger organizations cannot. When you have a large operation that requires a lot of overhead and significant staffing needs, it can be difficult to cut prices without giving away a substantial amount of profit. Sales Managers and Executives may also have little authority when negotiating, as the financial arm of the business will likely set pricing standards that they must adhere to.

As for smaller MSPs, the owner of the business is often directly involved in the quoting process and has the ability to negotiate down as far as they would like. Often times, it is the owner themselves that acts as the Salesperson, removing the costs associated with sales commissions and account management. While bringing on contracts with no profit is not recommended, there are occasions when this can be useful to get an attractive customer on-boarded if you know you can increase their value over time.

As our Managed Services company grew, we began to standardize the solutions that we offered to streamline areas of our business such as support, procurement, and sales. As we became more streamlined in these areas, the one thing that we had to sacrifice was innovation. We were not longer in the business of finding the exact combination of hardware and software that would perform the best (or would be most cost-effective) for the customer. We were instead focused on quoting the pre-spec’ed solution that we felt would be the best fit based on the limited offerings that we decided to sell.

This is where small MSPs have an advantage, as they are able to innovate new solutions without boundaries and do not need various levels of approval to do so. We often hear about mega-companies such as Amazon that become leaders in innovation, but this is simply because they have the budget surplus to do so that would (and would pay massive amounts of tax if they didn’t spend it). When it comes to small to mid-sized companies, the innovation often comes from the bottom up, not the other way around.

Another immaturity that can appear favorable to the customer is technical ability. Large MSPs are very departmentalized. Support tickets often start at Level 1 and are handled by the lowest level technicians, escalating upward when they are unable to be resolved. While this is beneficial to the MSP, customers would no doubt want their issues being handled by Level 2 and Level 3 technicians every single time.

This is often what happens at a smaller MSP. When our company was in its younger years, we had an “all hands on deck” approach to our service desk. Many times there were high level engineers working routine service tickets and our customers benefited greatly from this. Not only were their issues resolved faster but this also gave them a much better impression of our company overall.

Small companies can add a personal touch to their services that larger companies simply cannot compete with. This was one concern that was voiced to our company as we grew. Our oldest customers were used to speaking with the same people and developed a working relationship over time. Due to the frequency of their interactions they would engage in “small-talk” that increased the customer’s comfort level when working with us.

As our company added new employees to our service desk (and began outsourcing) customers no longer felt the same personal connection and comfort that they once experienced. Our team was still friendly and outgoing, but there were multiple hands touching every ticket and the customer would no longer interact with the same few technicians every time they had an issue. One customer even fired us as result of this, opting to work with a smaller MSP that could offer them a more intimate relationship.

Small companies and “start-ups” are often lauded for their culture. It is my opinion that when a employee has fewer people above them on the org-chart and the company shows great growth potential, they approach their work with a more optimistic point of view. When the employees of a company are happy, it is contagious and it helps to develop a great working culture that is difficult to replicate at a large scale.

This is beneficial to customers of small MSPs because good culture often breeds great service. If you think back to times when you were overly satisfied with service you received, you will likely recognize the optimistic mood of the person as a contributing factor. This is not to say that having happy employees will make them more technically skilled, but they will certainly do a better job at diffusing tense situations on the front line.

One reason that savvy businesses will seek out small MSPs is because they know they will get more attention, compared to working with a larger firm. If you bring on a customer that reflects a large portion of your recurring revenue, you are going to do anything you possibly can to retain their business. This means spending additional time when working the account and putting that extra level of care into everything you do for them.

While you should not let your customer exploit this, it can be looked at as a selling point if all else fails. You should not over-promise a level of service that you cannot deliver, but it might be worth mentioning when your MSP has the ability to offer a level of service that your competitor simply cannot. If worded carefully, this can help you win the deal without leading to the over-utilization of your time. 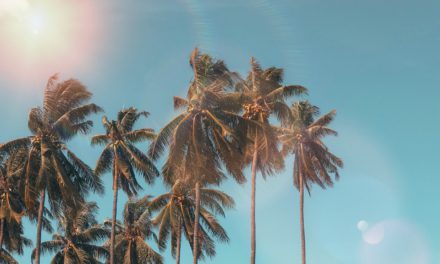 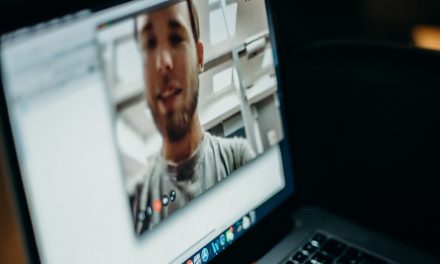 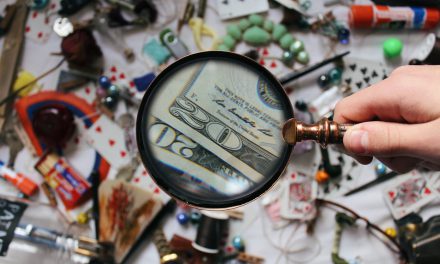 How To Properly Qualify A Managed IT Prospect 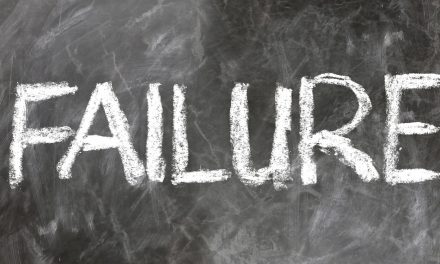